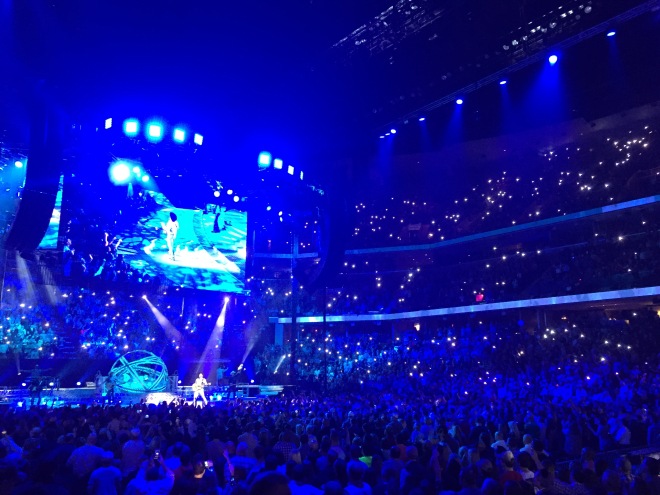 growing up in arkansas, i was surrounded by country music at every turn, but i refused to listen to any of it except for garth brooks. there was something about his voice, about his presence, that i loved, and i have been a fan for as long as i can remember.

when garth announced his retirement in 2001, i thought i had lost my chance to see him perform live. i was finally at an age where i was old enough and could afford to attend concerts, and there he was, heading off to oklahoma and claiming he was finished performing. i took my losses and contented myself with dusting off my brother’s cds and listening to those on repeat for years to come.

and then he announced a new tour! garth would be playing around the states, and i suddenly had new opportunities to see him perform. he announced some tour dates for little rock, but they happened either right before i left for india or after i was gone, so that wasn’t going to happen.

i knew at some point he would have to come to memphis, but there was no telling when it would happen. i crossed my fingers it wouldn’t be while i was gone, and somehow my luck held and last fall he announced that he would be here the first weekend in february.

we had three people manning ticketmaster the moment tickets went on sale, and rich managed to snag 8 awesome seats for friday’s performance.

and what a performance it was.

it was fun, it was energetic, and it was one of the best nights of my life. i loved sharing the night with amazing friends, and i especially loved being able to scream along with some of my all-time favorite songs.

it really was a lifelong wish come true.

have you ever gotten to see one of your favorite childhood artists perform as an adult? what was it like? 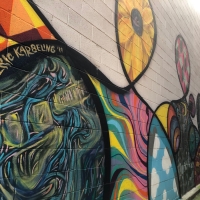