in honour of the final four last weekend, i decided to watch the documentary hoop dreams. i had heard of it growing up but had never seen it, so i figured tournament time was as good a time as any to check it out.

hoop dreams tells the stories of arthur agee and william gates, promising basketball players from two of chicago’s toughest neighbourhoods. their abilities on the court get them noticed by locals who scout for high schools, and both eventually end up at st joseph high school – alma mater of isaiah thomas – for their freshman year.

although agee and gates are in the same class, their lives follow different trajectories. while gates flourishes in his new environment, both academically and athletically, agee finds the adjustment and the discipline tough to handle. and when both face financial difficulties at the end of freshman year, coach gene pincatore goes to bat for gates, finding him a sponsor to cover half of his tuition, while agee’s family is left scrambling to cover the costs not included in his partial scholarship. he eventually leaves st joseph’s and transfers to the public school in his neighbourhood, but not until he has missed most of the first term of his sophomore year.

the film chronicles the remaining high school years for both boys and includes interviews with their family members, coaches, and friends. it gives great insight into the pressure facing both boys – even at the age of 14 – and shows how small moments can have lasting impacts, both on and off the court.

what really sets hoop dreams apart is that it is not just a year-in-the-life documentary. the filmmakers followed arthur agee and william gates around for nearly 5 years, accumulating over 250 hours of footage that was eventually compressed into a 3-hour documentary. it was fascinating to watch both boys grow and mature and to see their interactions with their families, their classmates, and their teammates.

i am so glad i finally watched hoop dreams. it will be most appreciated by basketball fans, of course, but i think it’s a pretty universal film that appeals to anyone. and if you’re curious about what’s happened in the years since the movie was released in 1994, last year the guardian published an article summarizing where all of the main characters are now.

have you ever seen hoop dreams? what did you think of it? 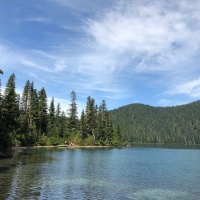 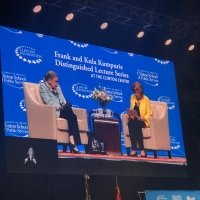