i am currently reading i am malala, malala yousafzai’s account of growing up in the swat valley of pakistan and her journey to becoming an advocate for girls’ education. in the book, malala mentions being part of a new york times documentary, class dismissed in swat valley. i was intrigued by the mention and decided to make it my march documentary — girls’ education has always been of particular interest to me, and i thought it would be interesting to see malala before she was shot by the taliban and became a nobel peace laureate.

originally produced in 2009 following the taliban’s forced closing of girls’ schools across the swat valley, class dismissed follows malala and her father ziauddin as they make sense of taliban rule and figure out what is next for their family and for their school. ziauddin was the founder and owner of the khushal girls’ school where malala and her friends studied, and after the enforced closing of the school, he and his family were forced to flee the swat valley to ensure their safety.

ziauddin had been a staunch advocate for girls’ education for many years, and he was one of the most outspoken men in the valley condemning the practices of the taliban. he kept his school open until the very last moment he could, and he passed his love of learning on to his daughter. intelligent and outspoken, malala became an advocate in her own right, and even at a young age she was being noticed by local politicians and visiting dignitaries alike. she is eloquent and adamant about her right to an education, and no one hearing her words could ever believe that girls should not have the same access and opportunities as boys.

at just over 30 minutes, class dismissed was a quick look at a heinous injustice that has been going on for far too long. it reminded me of why education for all is such an important human right, and i continue to be amazed at all malala has done in her short life.

if you are interested in watching class dismissed, you can stream it online for free here.

ps — i finally broke down and joined the sundancenow doc club to get access to tons of awesome documentaries. i’m on my 30-day free trial right now, so i’ll let you know my thoughts in a month.

Treated myself to a 4-day getaway spent traipsing around Chicago with my mini-me and it was the best gift I could have given myself 💙
I am still processing a lot of feelings from this year’s Marathon Weekend, but this is a moment I want to hold on to for a long, long time — the excitement and pride my mother felt after getting her first 5k medal, at the age of 78, one year out from breaking her femur. Walking this race with her, and being able to share it with one of my best friends and one of my mother’s biggest fans was icing on the cake.
Had a fantastic weekend wandering Bentonville, eating all the food, checking out some art, and celebrating 10 years of best friendship (with a special appearance from Mark) | #veenontheroad #budabesties2k18
I’m almost finished with my blog post about my most recent New York visit, and I keep coming back to this photo. One of my best cousins and one of my best friends, who have themselves become great friends to one another. They bring so much joy and light to my life, and I loved this time we were able to spend together 💙
Continued the birthday celebrations last night at the Shell. Couldn’t have asked for better company or weather | #ilovememphis #choose901
Blurry birthday besties, because there’s no one else I’d rather spend this day with. I’m excited to see what this next trip around the sun brings for us both 💙
I am so grateful for these ladies, for this city, and for a weekend getaway to celebrate 30 years of Alex Middleton 💙
Look who is back to work today! I have learned so much from her these last 5.5 months about resilience and strength and determination, and I am so grateful that she is able to return to doing what she loves. Shoutout to surgeons and nurses and therapists and all the healthcare heroes who have helped along the way, and a special shoutout to her for being a badass | #mamaswami
I got everything unpacked and on the shelves and will now live with it for a few weeks to see how I feel. My initial thought is that I love it and will never leave this room again | #VeensCastle
Follow queen veen on the scene on WordPress.com 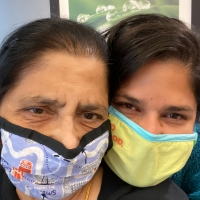 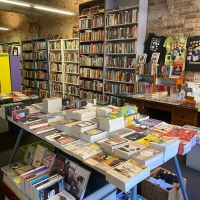