Skip to content
Posted on September 6, 2015 by veena Posted in books, reviewsTagged books2015

i felt like i was in a book rut after finishing hotel du lac. i never really got into it, and so i didn’t have that feeling of fulfillment and satisfaction once i completed it. i knew my next read needed to be something for me, something i had been wanting to read for a while but had never gotten around to.

and then my parents came to visit, generously carrying with them TWELVE precious books. these were all books i had bought in the last few years but hadn’t yet read, and i had set them aside before leaving last year as ones for them to choose from when they were coming. i figured they would bring 4 or 5 between them, so you can imagine my surprise and absolute delight when they kept producing book after book from their suitcases.*

one of those books was sloane crosley’s book of essays, i was told there’d be cake. someone had mentioned it on facebook a few years ago, so i had bought it and added it to my bookshelf where it kept getting pushed aside for something shinier. but, knowing that i needed something light and interesting and witty, it seemed like the perfect option to follow up my last read. and so i read it.

and it was exactly what i needed. crosley’s stories of her misadventures were entertaining and interesting without being overwhelming. she’s honest about her shortcomings, she’s open about her awkwardness, and i’m pretty sure we would be friends if we ever met in real life.

if you are looking for a smart, funny, interesting book that will keep you coming back for more, i think you’ll like this one.

crossing off the popsugar reading list: a funny book.

next up: just started the bone people by keri hulme [booker winner #3!], and i am also reading a few things about sri lanka in preparation for my trip.

*two side notes: 1. i obviously have the best parents in the world. who else would tote 12 books halfway around the world for their crazy daughter except for these two? and 2. my brother showed up later in the week toting four more, two which my mother had left for him to bring, and another two he had ordered from my amazon wish list and surprised me with. best. family. ever.

2 thoughts on “book number nineteen of 2015: i was told there’d be cake [sloane crosley].” 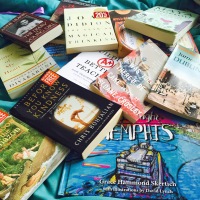 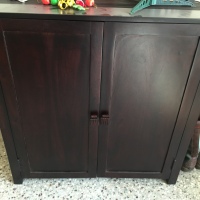