Skip to content
Posted on July 9, 2015July 9, 2015 by veena Posted in lifeTagged television

every now and then i like to binge-watch a show online from start-to-finish. sometimes it’s a new-to-me show, like when i watched friday night lights in 2013 or psych last year. and other times, such as this one, it’s an old favourite like friends.

i loved friends when it was on the air. it started when i was in 7th grade and ended two weeks after i graduated from college, so in many ways i grew up with rachel, monica, phoebe, joey, chandler, and ross. i missed a lot of season 5 and 6 while i was in boarding school, but i have since seen those episodes in syndication.

and speaking of syndication, you would be hard-pressed to not find a rerun of friends on some channel nearly every night. in the states the show is now on tv land, which makes me feel ridiculously old. in india star world is forever showing episodes, and last month the channel romedy now was showing the final episode from 2004. it’s everywhere.

but while the show is everywhere, these reruns don’t go in any particular order. there will be an episode from season 3 followed by one from season 8, and then it will go back to season 4. sometimes there are themes, like when they show all the thanksgiving episodes, but more often than not it jumps around randomly.

as a result, i have never actually seen all the episodes in a row [as a result of missing those two seasons in the middle]. when i finally got the internets at my house in late may, i opened up the netflix home page trying to decide what i wanted to watch. there are a few shows i’ve never seen that i have been wanting to watch [the west wing], and there are a few more from my childhood that i’ve been wanting to rewatch [cheers, family ties, the wonder years]. but when netflix loaded, the first thing i saw was friends. and once i saw that, there was no going back.

i had completely forgotten that all 10 seasons of friends were available. it happened at the end of last year or the beginning of this one, so it completely passed me by. but once i saw that, i knew exactly what my plan was: i wanted to rewatch the series from the pilot all the way through to the end. so that is what i did.

following the lives and antics of these six friends felt like reliving my own high school and college years all over again. i can remember exactly where i was during certain episodes, like when chandler and monica get engaged, or when it is revealed that rachel is pregnant. and i reminisced about watching season 10 in our east village apartment [the one at rhodes, not the one in new york city] every thursday night with teague, sara, mollie, and whoever else found their way into our living room. it was a fun little walk down memory lane.

and would you believe it? i actually found two episodes i’d never before seen. i didn’t actually think it was possible, so those were fun discoveries. the first was season 2 episode 4, the one with phoebe’s husband. i don’t know how i missed that one the first time around, but it answered a few lingering questions i had. and the second was season 5 episode 16, the one with the cop. i had always wondered how phoebe met gary, and now i know.

there were so many things i could relate to now, watching it as an adult, that i couldn’t when i was 16. the back-and-forth of the relationships. the importance of the friendships. the comfort of having the people and the places to fall back on. yes, there were parts that annoyed me, like all the back-and-forth between ross and rachel, but ultimately it’s a show about how important friendships and community are in our lives.

and the guest stars. tom selleck as richard. christina applegate and reese witherspoon as rachel’s sisters. hank azaria and paul rudd as phoebe’s suitors. susan sarandon as an aging daytime television star. danny devito as the stripper who cries. and this is just the tip of the iceberg. they were perfection, and it was always a nice surprise when someone new showed up.

even after all these years, i think my favourite episode remains the season 4 thanksgiving episode, the one with chandler in a box. if that episode is on, i am dropping everything else in my day and watching it. a close second is also from season 4: the one with the embryos. that game between the guys and the girls gets me every time. and judging from this paragraph, i guess i can easily say that season 4 was my favourite. at least, until emily showed up. she was rather annoying.

even after dedicating the better part of two months to rewatching the series, it was still a bit of a shock when it came to an end. in many ways i felt like i was saying goodbye to them all over again.

but it’s not really goodbye, because i know i’ll return to the series again and again whenever i’m searching for something to watch.

have you ever re-watched an old favourite and discovered new things about it along the way?

next candidate for binge-watching: either the west wing or breaking bad. both are equally intriguing, and i just need to make a decision already. anyone out there feel strongly one way or the other? 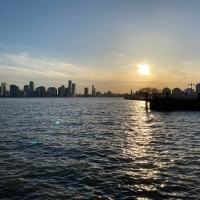 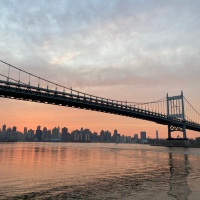 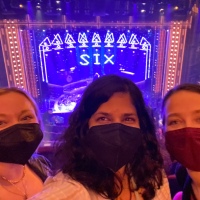