it’s nice to remember that everybody at one time used to be a little person, right?

it’s been a little while since i took on one of the challenges from kid president, so we are back with number 35. it states, “ask people if they remember being a kid”, so i spent the last week asking everyone i interacted with – friends, family, students, some strangers – some of their favorite childhood memories.

i heard from one friend who was afraid of lizards and from another who once had her head stuck in a stair railing. another used to make up mystical planets complete with citizens, while yet another collected dead animals and whatever other items he could find. i learned about imaginary friends, childhood nicknames, and favorite television shows. i heard from one person who felt awkward as a child and used sports as a way to become an insider and from someone in a facebook group who used to sneakily read in bed after bedtime, which is something i definitely did for the better part of my elementary school years.

it was fun to learn a little bit about what people i know as adults were like as kids, and it was interesting where a few simple probing questions could lead a conversation. this mini-experiment may be finished, but i am going to continue asking this question of other people i meet.

5 thoughts on “be awesome #35: ask people if they remember being a kid.” 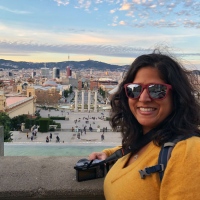