as i work to build a new blog from scratch, i thought it might be nice to share some of my most popular / favourite posts from my old stomping grounds so that you might get to know me a little better. click on whichever links sound most appealing to you and let me know in the comments what you would like to read more of!

veena’s 11 reasons to visit india. written as i was preparing to return to bangalore after 11 months away. published may 02, 2012.

hampi and coorg, in pictures. pictures from my last visits to two of my most favourite places in india. published july 27, 2011.

30 thursdays: 30 words [or phrases] my friends use to describe me. a list collected from my friends as part of my 30thursdays series. warning: be sure to have some tissues handy, because big brother mikey’s response will likely make you cry. published september 06, 2012.

what i’m listening to. a recap of my current favourite podcasts. published february 09, 2015.

weekly roundup 01 // 2015. my initial weekly post of interesting things i found around the interwebs. published february 20, 2015.

hello hyderabad: chutneys. my visit to chutneys for a delicious butter masala dosa and some to-die-for chutneys. published february 25, 2015.

in photos: february 2015. my monthly recap of my favourite photos from the previous month. published march 02, 2015.

past series i’ve enjoyed working on:

30 thursdays. in the months leading up to my 30th birthday, i published 30 posts on various topics [things you never knew about me; favourite foods; favourite places; etc]. published august 2012 – july 2013.

veen on the road. posts from my epic summer 2014 road trip through tennessee, north carolina, and virginia. published july – august 2014 while on the road with detailed posts august – november 2014.

of 52. weekly posts during 2014 of special events and highlights. published january – december 2014.

40 acts. daily posts during lent 2014 in response to challenges to do good in my community. published march – april 2014.

upcoming series to look forward to:

best in bangalore. wherein i rediscover all the cool things about my adopted city and share them with you.

weekly roundup. wherein i share a favourite photo from the week, some fun things from around the interwebs, and some recent posts i enjoyed working on.

in photos. wherein i share favourite photos from the previous month.

other places you can find me:

tumblr: veen83. i’ve been neglecting it, but perhaps this will inspire me to revive it.

trover: veen-83. are you sensing a pattern yet?

what else would you like to know / read about? i’m all ears!

2 thoughts on “getting to know each other.” 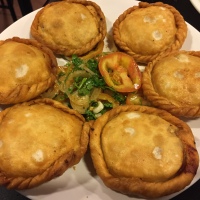 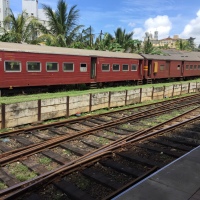