coming off of the summer i was burned out. i hadn’t had time off since the first week of march. we had company-wide pay cuts that went into effect on july 1. i had been in memphis and mostly confined to my house for the better part of 5 months, and i needed a break.

i had some days off i needed to use, and i took full advantage. i booked myself an airbnb outside of gatlinburg and took off to east tennessee for a few days away from the real world.

i had never been to gatlinburg before and had only driven through a section of the smokies once, so i was excited for some fresh air and some hills and some new-to-me trails.

the studio apartment i stayed in was exactly perfect for what i needed, and best of all it had a private little deck where i could sit and enjoy the view. it was also driving distance to any number of trails, so i could take my pick based on what mood i was in each day.

before i left i used the alltrails app to narrow down some options and then once i got there i chose my final two.

on tuesday morning i hiked the twin creeks trail right on the border of the town of gatlinburg. it was a super easy trail and only took about an hour and a half, which included my little jaunt across the creek and through some bushes that had clearly not been disturbed in a good minute. the best part, though? i literally saw zero other people. i had the entire trail to myself and it was awesome.

my hike on wednesday was quite the opposite, but it was still incredible. i drove farther into the national park and opted for the newfound gap to sweat heifer creek stretch of the appalachian trail. there is a great overlook at the trailhead, so the parking lot was pretty packed with people wanting to get pictures of the view. once on the trail, however, it was pretty empty. i crossed paths with the occasional person or family, but i mostly had it to myself.

wednesday’s trail made me very nostalgic for my coorg hikes with the rocks and all the green, and i loved every moment of it. it wasn’t steep, but it was a very steady incline, and i was glad to have hiking poles with me for both the ascent and descent [shout out to the jamisons for letting me borrow theirs]. it was a little bit of a longer hike, so by the time i got close to the end i passed quite a few people who were just heading out for their hikes.

after i finished i decided to keep driving into the park for a bit to enjoy the scenery. i pulled over whenever i felt like it to take in the views and get a few pictures, but mostly i just relished the fresh air and the open road.

both afternoons, once i had returned to the condo and showered, i read and napped and watched tv and took in the views and simply enjoyed being on my own and not having to answer to anyone. i had told family and friends that i would be unreachable so i didn’t have to worry about phone calls or text messages. i didn’t check either my personal or my work emails for the duration i was away and took full advantage of being off.

it was a quick little trip, and i was back home on thursday. i didn’t get to spend any time in the town of gatlinburg [there is still a pandemic, after all] or try any of the restaurants, but there will be another visit. at the beginning of the year i said i wanted to do a solo trip to a new-to-me place; this wasn’t the place or the trip that i had in mind but it was exactly what i needed.

i am so incredibly grateful to be able to travel during a time like this, to have the means to stay independently and the resources to make sure i could make the trip safely. i know what an immense privilege it was to be able to do so, and i am very, very lucky i was able to make it happen.

and yes, i am already plotting my next getaway.

3 thoughts on “veen on the road: a quick getaway to the smokies.” 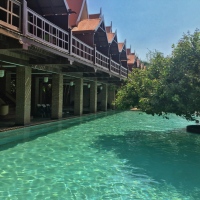 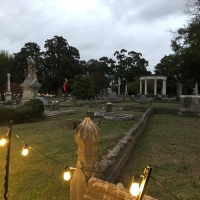