i finished one big book and a few quicker reads this month, which i enjoyed. as we head into summer conference, i am going to be lucky to finish a book a month through july, so i am glad to have made a slight dent in my reading pile.

the story of a new name by elena ferrante. i finally made my way through the second of ferrante’s neapolitan books about the lives of elena and lila. the story of a new name picks up at the exact moment when my brilliant friend closes and navigates the next seven or so years of the girls’ lives. we learn about lila’s new marriage and elena’s burgeoning womanhood, and we learn more about the ebbs and flows of their friendship. i struggled at times because it felt like i might never make it through, and because sometimes the characters drove me crazy, but by the time i got to the end i found myself wondering how things will play out in the third book // 3.5 out of 5 stars

you want to know what weakness is? weakness is treating someone as though they belong to you. strength is knowing that everyone belongs to themselves.

homegoing by yaa gyasi. i pre-ordered gyasi’s book when the paperback release date was announced, and i devoured it as soon as it arrived. there are so many layers to the stories gyasi shares, and i loved following along with each generation to learn how their lives would play out. i often found myself wanting to know more of each person’s story – in truth, each generation could have been a novel unto itself – but i enjoyed seeing how each chapter would lead into the next and seeing how each character was interconnected. this multi-generational tale is riveting and well worth a read // 4 out of 5 stars

leaving his house, she walked down the flagstone path to her car, and she felt the loss of him anew. felt too the old suspicion that life, as she had thus far experienced it, was a series of detachments. characters crossed the stage, and some hung around longer than others, but all ultimately exited.

since we fell by dennis lehane. lehane’s newest release was one of my book of the month selections, and i raced through it. since we fell wasn’t quite as mind-bending as i was expecting, especially since lehane also wrote shutter island, but it definitely had a few twists and turns. there were multiple times where i finished a chapter and said, out loud, ‘what is this book?’ it might not be great if you have trust issues, but it was interesting and engaging, and i look forward to reading more of his books in the future // 3.5 out of 5 stars

sharp objects by gillian flynn. this was an interesting one to read directly after since we fell. sharp objects also features a reporter as its central character, and it has its fair share of twists, but it also has its own unique style. i soared through this book in 3 days, and it held my attention throughout. i still think gone girl is flynn’s best work, but there is no doubting she is one of the best authors out there today // 4 out of 5 stars

currently reading: just started nora roberts’ high noon, one of hers i’ve actually not read before. and i am slowly making my way through neil gaiman’s the view from the cheap seats.

on my wish list: i am on a book-buying hiatus through the end of the summer. let’s see if that actually holds.

I am so grateful for these ladies, for this city, and for a weekend getaway to celebrate 30 years of Alex Middleton 💙
Look who is back to work today! I have learned so much from her these last 5.5 months about resilience and strength and determination, and I am so grateful that she is able to return to doing what she loves. Shoutout to surgeons and nurses and therapists and all the healthcare heroes who have helped along the way, and a special shoutout to her for being a badass | #mamaswami
I got everything unpacked and on the shelves and will now live with it for a few weeks to see how I feel. My initial thought is that I love it and will never leave this room again | #VeensCastle
I know it wasn’t for everyone, but I have been waiting 3 years to get a photo of my house looking like this | #veenscastle
Today my Indian-born mother and I watched as the first woman and first person of Indian and Black descent was sworn in as Vice President of these United States, and we cried all the tears. Tears of joy, of admiration, of relief, and of hope, because we are so excited for today and tomorrow and all the tomorrows yet to come 💙
16 days ago my brother called to tell me my mother had slipped and fallen and they were on their way to the ER. By the time I got out there we had the confirmation: she’d broken her hip.
Happy Diwali, my friends! Today we celebrate the triumph of good over evil, of light over dark, and of knowledge over ignorance. With the craziness of 2020, I am using today as an opportunity to think about what from this year I want to leave behind but also what I have learned this year that I want to carry forward with me. More than anything I hope for love, light, health, and prosperity for each and every one of you 🪔
I am reminiscing a lot this week about this incredible adventure from 2 years ago. We had to cancel our planned October 2020 reunion, so instead you get to enjoy this photo of us wandering along the Danube, laughing and joking and creating stories for the people around us. I can’t wait for the day I get to wander with these two once again #budabesties2k18
I am a proud, privileged American because this man chose to move to here 44 years ago to create a good life for his family. He has worked hard for over 4 decades to provide care to those who can’t afford it, changing the lives of thousands of children and their families. He is the hardest working, most patient man I will ever know, and his love for this country runs deep.
Follow the wonderful world of veena on WordPress.com 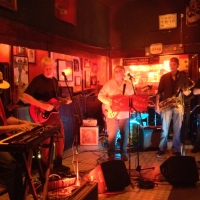 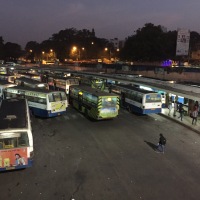 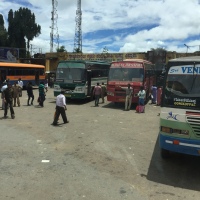 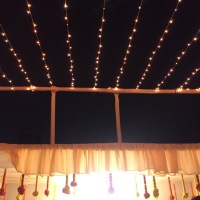 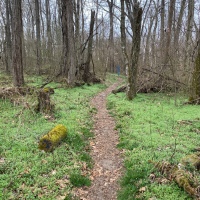