about once a year i clean up my list of podcasts, deleting some that i have gotten bored of and downloading a few new ones to see if they capture my fancy.

what i look for in a podcast:

[in no particular order]

i know, i know, it’s far too many, but they are just so interesting. i’ll cut back once i move back to the states, but these are all keeping me great company at the moment. and in all honesty, i skip a few here and there if they don’t sound too interesting, are out-of-date, or are too long.

others that i check in on from time-to-time:

what are your favourite podcasts? which ones am i missing from my list? 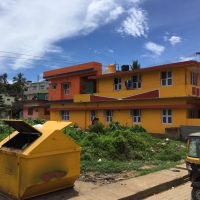