Skip to content
Posted on June 19, 2015 by veena Posted in weekly roundup

had dinner at bern’s tonight. dinner and drinks with appachu tomorrow. taking care of some house stuff. and relaxing before a crazy week ahead.

a photographer father took photos of his 5-year-old daughter dressed up as influential women of colour. i’ve been seeing posts like this crop up quite a lot in recent years, and i love that these parents are teaching their daughters about strong female role models from a young age.

mira jacob creates comics about conversations she has with her mixed-race 6-year-old son about colour. it is both hilarious and insightful, and the last one is perfect.

the difference between how males and females respond to emails. i am definitely more verbose in my emails, but i’m not always great at responding in a timely manner.

16 things successful people do on monday mornings. i’m pretty good about getting up early and exercising and i’m terrible at eating a proper breakfast, but i never miss my chance to write my to-do list for the week. how about you?

an interesting look at the role parents’ denial plays in the increasing trend of childhood obesity in the united states.

what indian women want, first according to men and then according to the women themselves. warning: watching the video might make you want to punch the first indian man you see.

my awesome alma mater is one of the most beautiful urban college campuses in the united states!

what foreign governments tell their citizens who are travelling to the united states. do you agree? is there anything you would add?

what facebook’s news feed would have looked like during the days of the world wars. kind of hilarious.

apparently airlines are now grounding flights and removing passengers if their young children cry too much? when did this become an acceptable thing?

an infographic showing the cost of living in every country in the world. guess who currently lives in the country with the lowest cost of living? this girl, that’s who.

my favourite photos from may. 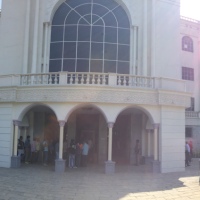