Posted on February 5, 2016 by veena Posted in weekly roundup

this weekend i am:

working and playing in bombay! and hopefully catching up on some sleep.

it’s estimated that americans will eat 1.3 billion wings while watching the super bowl this year. wow.

these photos of celebrities at sundance are pretty cool. which one is your favourite? mine are don cheadle and allison janney.

netflix is going to break up with me if i’m not careful.

if the bios for male scientists were written the way they are for females.

there has been a lot of controversy surrounding coldplay’s new video, including the fact that they played into the stereotype that india is constantly celebrating holi.

the best super bowl ads of all time. i’m so sad i’m missing it this year.

as ebola spread across africa, so did rates of rape and teen pregnancy.

zach randolph is helping make sure memphians can keep their power turned on during the upcoming cold front. #allheart

my viewing of elvis ’56 for january’s documentary. 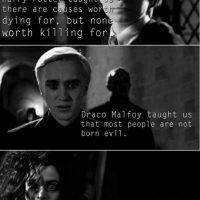