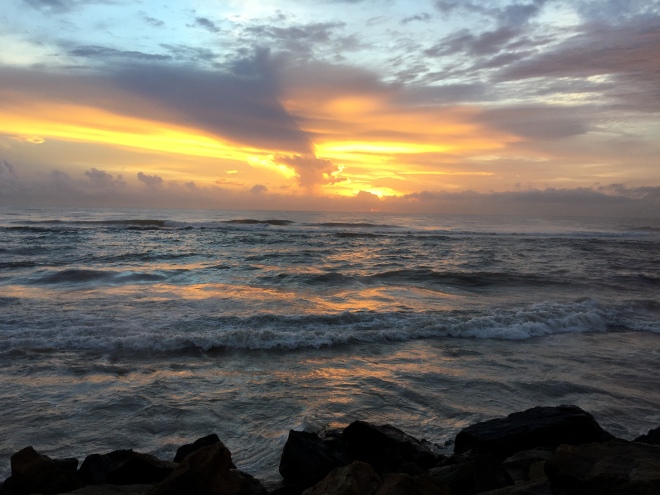 when i was planning my sri lankan holiday, i knew i wanted a few nights of luxury. the last few months have been stressful, both personally and professionally, and i knew i needed to treat myself a little. i was also arriving late at night into colombo, so it made sense to book myself into a nicer hotel that offered airport pickup.*

after comparing prices and ratings on a variety of sites, i ultimately decided on colombo courtyard. i booked myself there for my first two nights and decided i would see how it was before deciding if i should return there at the end of my trip or check out a new hotel.

to keep a long story short, i thoroughly enjoyed my stays. yes, two of them, because i did decide to book my last two nights there as well. allow me to explain.

first, when the driver met me at the airport, he was carrying with him a cold towel and a bottle of water. even though my flight was only an hour and a half, it was still very refreshing and very welcome. i can only imagine how much better it would be after travelling for upwards of 15 hours.

when i arrived at the hotel around 11.45pm, i was greeted by the manager, who asked for my passport and showed me to a comfortable chair. while he checked me in, i was given a fabulous glass of iced tea, which was just what i needed. i’m a southern girl, so i am a sucker for a good glass of iced tea, and this one was better than good.

when i was shown to my room, i was also presented with a coupon for a 15% discount on spa services. knowing that i wanted a massage at some point during my stay, that was a pretty nice touch. i was also given a username and password for the wifi without having to ask for it, which i appreciated.

my room itself was very comfortable, and it wasn’t just a standard room. it had a little entryway with steps leading up to the reading and sleeping area. i liked that it was something a little different, and man, that bed was pretty nice. but the absolute highlight was the rainfall shower head. i realized that i can never have one in my own home because i would never want to leave the shower. it was luxurious.

there were always two bottles of water in the room, and there was unlimited tea and coffee. in addition, when the staff came to turn down the room in the evening, they would leave a box of chocolates on the bed and a plate of fresh fruit on top of the minibar. it was the only fruit i had during my 8 days, so i’m glad they thought of it.

the staff were also spectacular. there was always someone to greet me as i came and went. when i was checking out the first time, another assistant manager asked me where i was going and what my plans were. when i mentioned i was going to galle, he gave me tips on where to eat and to expect prices to be higher than usual. when i returned later that week, he asked about my journey and what i had done during my time there. it was nice to be welcomed back so warmly.

i took advantage of the spa when i returned for my second stay and booked myself a massage. my shoulders were tense because that is where i carry my stress, and my legs were still recovering from the weird virus i had in mid-september, so it was really nice to relax and get some of those knots worked out. and that coupon certainly helped things, as did the glasses of ginger water that were provided both before and after my massage.

and finally, colombo courtyard strives to be an eco-friendly hotel. their website lists all of the things they do to offset their carbon footprint, and i am always a fan of supporting businesses that are cognizant of the mark they are leaving on the world. i’m happy to pay an extra $20 to a place that is striving to make sure they are replacing the resources they are using.

there are plenty of hotel options in colombo, and a lot of the big ones are closer to the galle face green and fort / pettah area. i’m sure they are great, and i would have loved a view of the sea, but i’m pretty happy with my choice of hotel. colombo courtyard really nailed the small details, and i would love to return and stay with them again.

room rates: deluxe rooms start around $110 a night plus taxes, but you can sometimes find deals on sites like hotels.com or agoda.

my tripadvisor rating: 4 out of 5 // colombo courtyard is ranked #3 out of 41 hotels in colombo and has won a certificate of excellence.

*note: bandaranaike international airport is on the outskirts of the city, about 34km from the fort area of colombo.

I know it wasn’t for everyone, but I have been waiting 3 years to get a photo of my house looking like this | #veenscastle
Today my Indian-born mother and I watched as the first woman and first person of Indian and Black descent was sworn in as Vice President of these United States, and we cried all the tears. Tears of joy, of admiration, of relief, and of hope, because we are so excited for today and tomorrow and all the tomorrows yet to come 💙
16 days ago my brother called to tell me my mother had slipped and fallen and they were on their way to the ER. By the time I got out there we had the confirmation: she’d broken her hip.
Happy Diwali, my friends! Today we celebrate the triumph of good over evil, of light over dark, and of knowledge over ignorance. With the craziness of 2020, I am using today as an opportunity to think about what from this year I want to leave behind but also what I have learned this year that I want to carry forward with me. More than anything I hope for love, light, health, and prosperity for each and every one of you 🪔
I am reminiscing a lot this week about this incredible adventure from 2 years ago. We had to cancel our planned October 2020 reunion, so instead you get to enjoy this photo of us wandering along the Danube, laughing and joking and creating stories for the people around us. I can’t wait for the day I get to wander with these two once again #budabesties2k18
I am a proud, privileged American because this man chose to move to here 44 years ago to create a good life for his family. He has worked hard for over 4 decades to provide care to those who can’t afford it, changing the lives of thousands of children and their families. He is the hardest working, most patient man I will ever know, and his love for this country runs deep.
A weekend in the mountains can do wonders #veenontheroad
Cast my vote today for progress, for Black Lives, for climate change, for healthcare, for reproductive rights, for affordable higher ed, for LGBTQ+ rights, for a better country for us all #govotetn
This weekend was supposed to by my high school reunion. It was also supposed to be my cousin’s wedding. Both had to be rescheduled, so instead of being in either Chattanooga or New York, I’m in Memphis. The silver lining is that this morning I ran the (also rescheduled) Cooper-Young Virtual 4-miler through this beautiful neighborhood I’ve had the privilege of calling home for 2.5 years. It wasn’t the same as in years past, but it was a great reminder of why I love living here so much. No matter where my next stop may be, Cooper-Young will always have a piece of my heart 💙 #ilovememphis #choose901
Follow the wonderful world of veena on WordPress.com 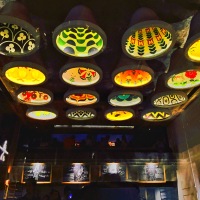 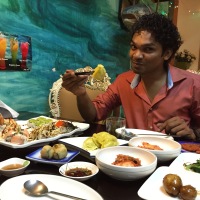 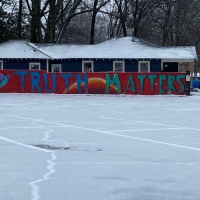